The remoteness of the airport BER means no problem. A parking space, which is a bit out of the airport area, makes up for the service. A greater distance to the airport BER also means that parking can be cheaper. And you do not even have to give up on conveniences. Incidentally, the most booked parking spaces are not in the immediate vicinity of the airports. In a parking comparison you would quickly realize that in such a case cheap does not mean bad.

Even if the open-air parking or the car park is a bit further away from Berlin-Brandenburg Airport, with a guaranteed parking space, friendly and fast handling and a professional shuttle service the holiday is guaranteed. You want to make sure that your car is parked safely and the service has to be right. If there are waiting times it´s going to be unpleasant but you can expect a quick service in a relaxed atmosphere even with a larger distance to the airport BER.

If you are already in Berlin you can also take a excursion to the sights of the city. Whether a stroll along the Berlin Wall, the sight of the Brandenburg Gate or even sitting in the meadow in front of the Reichstag, Berlin is always worth a visit! The world famous exhibitions in the Pergamon museum should not have been missed either.

A secure car park or a dry parking space in the parking garage makes the head free for the trip. Simply book parking near Berlin Airport BER!

The international airport Berlin Brandenburg, currently under construction, is about 22km away from Berlin city center. It is expected that the BER will go into operation in October 2020 – God willing! In the first year of operation, around 30 million passengers are expected.

ARRIVAL BY CAR TO AIRPORT BER

Berlin Brandenburg Airport has its own motorway access, the A 113. You can also reach the BER via the four-lane B96a.

ARRIVAL BY TRAIN TO AIRPORT BER

At the six-track station, directly below the terminal, the following traffic connections are planned: RE7, RB14, RB19, RB22, S9 and S45. Also the long-distance traffic is involved.

ARRIVAL BY BUS TO AIRPORT BER

You do not have to start your vacation with an empty stomach. A generous gastronomy offer is planned.

SHOPPING IN THE AIRPORT BERLIN-BRANDENBURG

At level E1 you will be amazed by a diverse shopping experience.

The visitor terrace is planned for level E4. Here you can then enjoy the view of the taking off and landing aircraft.

EXTRAS AT THE AIRPORT BERLIN BRANDENBURG

You can explore the 960-hectare airport area in a 2-hour tour. Lots of information about the new BER airport and the development of aviation in the region are impressively communicated to you. From Monday to Friday, from 10:00 to 15:00, you can book the airport tour on 030 609177770. Or you send your booking inquiry simply by mail to besucherdienst@berlin-airport.de. 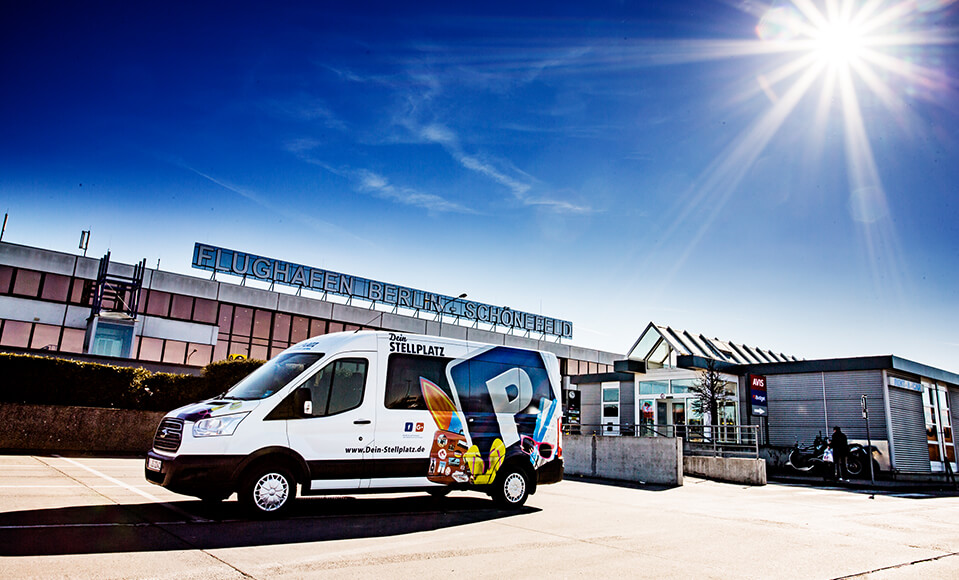 EXPERIENCE DEIN STELLPLATZ. VERY EASILY. ALL COMFORTABLE. IN YOUR INBOX.

News & More. The latest from the world from Dein Stellplatz
More information. More experience.
Be always up-to-date with the latest news and discount deals. Sign up right away!

For all parking lots at BER Berlin , our customers have given 3294 reviews. The average rating is ø 4.93 out of 5 stars. 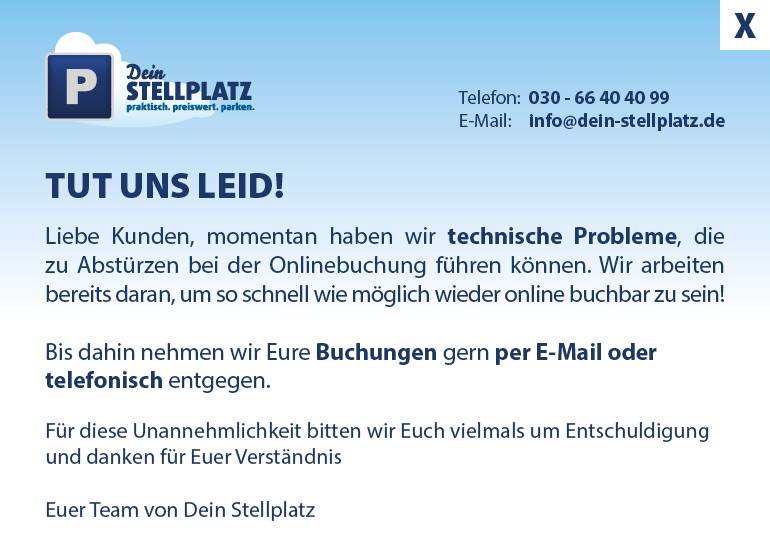 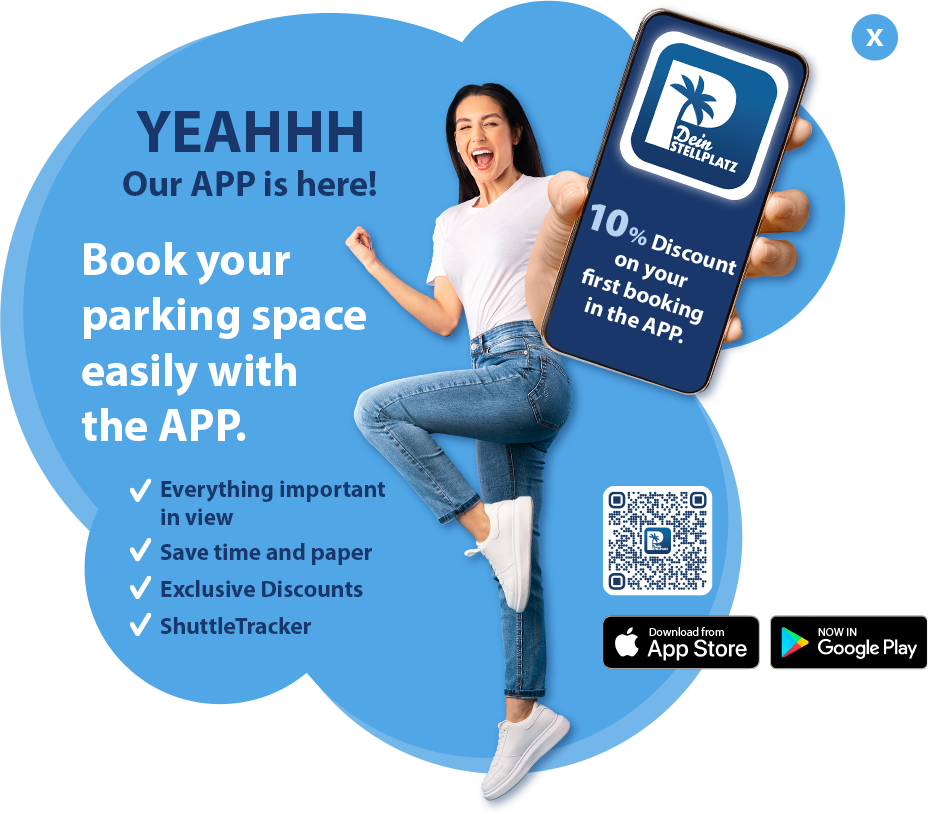 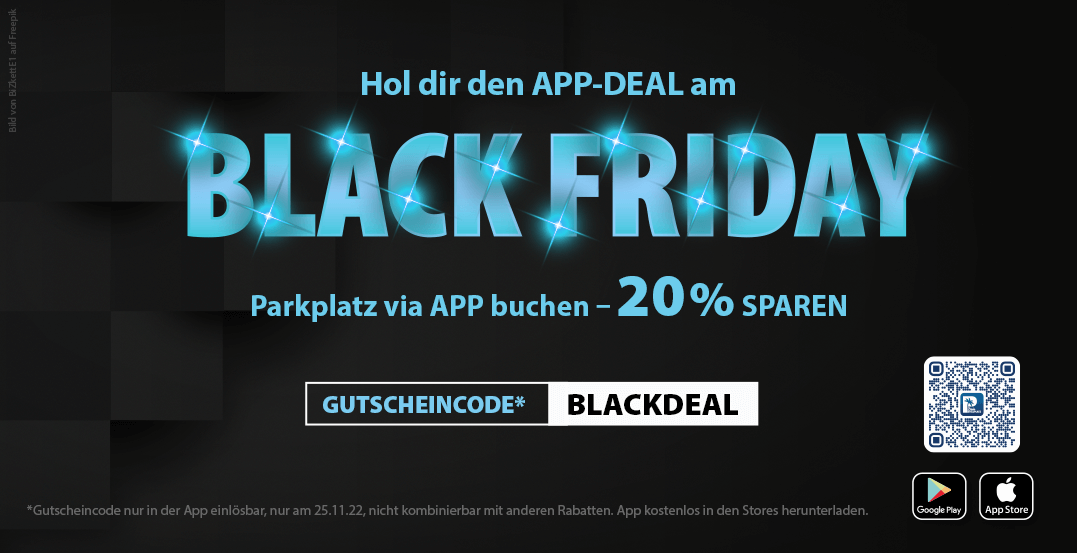 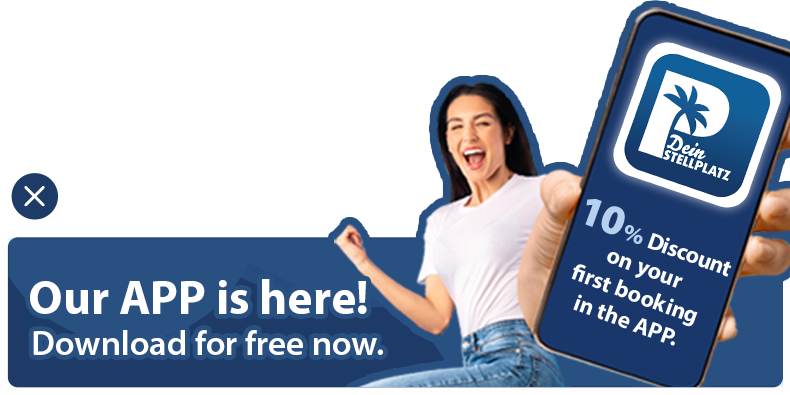